7 Signs He Sees You As A Nice Girl Or A Bad Girl:- Even though it might feel noble to get called the “Nice Girl” or even the “Nice Guy,” unfortunately, that’s not a stereotype that if we’re being really honest, generates a lot of people’s respect.

If you are caught in those habits, this is the article for you. I’m going to give you seven signs that guys might be seeing you as the nice girl and how you can change that to get the respect you deserve.

We’re talking all about are you being seen as the nice girl?

It’s not a great badge to have. Sometimes we wear it around as an honor, badge, and these signs today are signs that you could be falling into that trap and losing people’s, particularly, men’s respect as a result.

And I’ll pre-frame this by saying that I used to do half, if not all of these things. So I’m aware. “Hey, I can relate to you“. And when you get out of these habits, you really will garner the respect you deserve from people.

This is a big one. And one of the clichés of the “nice person” is they take, again, almost a badge of honor for meeting other’s needs and sacrificing their own.

What Sherry talks about there is just being a woman who speaks up on her needs. So being the kind of B I T C H that speaks up, that isn’t afraid to be selfish, that shows and tells her needs, that’s what being the bitch that gets respect and is no longer seen as the Nice Girl.

If you want to drop that Nice Girl image, speaking up for the girl of your needs is one of the first things you can do.

2. You bottle Your Anger (For Later).

You are the type that bottles up your anger until it explodes! I see this all the time in conflict-avoidant nice girls or even nice guys.

They are the type that bottle up their anger, and then it keeps down for a while until finally it gets lashed out at someone. Don’t be that girl.

Work on accessing your anger. Work on expressing yourself. Becoming friends with your anger, remembering that anger is what drives your standards, it drives your boundaries, not the unhealthy use of anger, but the healthy kind, and by becoming friends with that emotion, rather than bottling it all up, you’re going to be able to get people’s respect and drop that nice girl tag.

Also Read: When A Guy Texts You Every Day What Does That Mean?

3. Growing up you were told to “Just Be Grateful”.

This is what I see scarily often. You grew up in a family, a well-to-do family, where you had your food, you had a roof over your head, and you were told to just be grateful.

All the time, clients come to me and they say, “Actually had a pretty good childhood. All my physiological needs were met.

I was looked after,” but when we do a deeper dive, we realized that a lot of their emotional needs, they were not encouraged to have those.

Put those over there just focus on being appreciative of what you’ve got. And these women as adults, they learn to suppress their own needs and just try to be grateful because they feel they should. They end up meeting others’ needs is the other consequence.

So if you’re the type that’s growing up in that sort of environment, don’t be surprised if you can slip into Nice Girl patterns.

If you grew up in that type of environment, it could mean that you’re set up to be the Nice Girl. Fortunately, your past doesn’t have to equal your future. And by connecting with those emotional needs and connecting with what you want and asking life for it, you’ll step out of that Nice Girl category.

4. You Struggle To Give Men The Natural Consequences Of Their Actions.

So one of the problems Nice Girls and Nice Guys have is they lose people’s respect because they start taking responsibility for people and stepping in to save people from themselves.

For example, he doesn’t respect your time. What should the natural consequences of that be? That he doesn’t get as much of it, that you lose interest in him.

But if you step in and for example, change your schedule for him or change around for him, you’re not giving him the consequences of his actions, you’re not having the boundaries, and he’s going to lose respect for that. Or let’s say, he gets really lazy with texting, okay? And he just get super blah lazy with it.

He then has to get the consequences of his actions, which is he doesn’t get as much investment from you. You’re not going to put your time and energy into someone who’s not giving it back, who’s not returning it.

If he doesn’t get the consequences, he’s gonna think he can walk all over that trust. This could apply also to things in his own life. He doesn’t clean his room. He’s late to work. You don’t step in and save him from those things.

That’s a nice girl’s action to do that. The “bitches,” as in healthy women who speak up about their needs have good boundaries that Sherry Argov was talking about, gets allow men to experience the consequences of their actions.

You might feel bitchy doing it, but it is in fact the way of the universe. And it fact, what’s going to get you guys’ respect and step you out of the Nice Girl category.

If you’ve ever heard that awful saying, it is better to give than to receive, then you might have this conditioning too.

And lots, lots of women who come to me and some men as well havconditioning that good people give, bad people take.

It’s just super black and white, and that’s not really what life is about. To say, “It’s better to give than to receive,” is like a girl’s it’s better to walk on your left foot than on your right.

It’s about healthy to balance out your giving. If you want to step out of a nice girl category, you’ve got to drop the giver identity. The giver actions and step into I’m going to receive just as often.

6. You Are Conflict Avoidant Or Hate Confrontation.

So many of us have grown up with horrible examples of what conflict or confrontation should look like that we run the other way from it, right? We get out of there.

We’re like, “Nope, conflict! Nope, not for me.” The truth is conflict and confrontation are what builds intimacy. As long as the conflict is healthy.

As long as the confrontation involves two people authentically speaking up, that’s a builder of intimacy. And so moving away constantly from conflict and confrontation is going to take away from intimacy.

So if you’re conflict or confrontation avoidant. And put conflict at the forefront of your mind, make it one of your focuses and by doing so, you’re going to step out of that nice girl category.

Men respect women who can speak up, who can go into conflict confrontation if they need to. And they certainly don’t categorize them as nice girls.

7. You Are A Procrastinator Or A Perfectionist.

How many of us fall into this category? I know I have been guilty of this too, 100%. And it’s something I need to consistently remind myself to stay away from.

It is a very, very dangerous place to go to–perfectionism leading to procrastination. It’s absolutely something that puts you in the nice girl or even the nice guy category because what it comes from is feeling like you have to do to be worthy.

You can’t be. And I think one advantage guys do have in this area is that men just tend to experience more failure and more rejection sooner. And it forces them out of that a little bit more.

Step up to being wrong, understand, and work through your lovability even when you screw everything up and by doing so, you’ll let go of the fear. You’ll let go of procrastination.

You won’t beat yourself up and men are gonna see that, and they’re going to think, “That woman has high self-esteem. I respect her for that. That’s not a nice girl.” 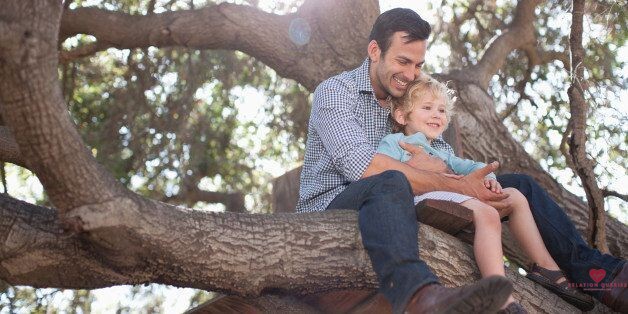 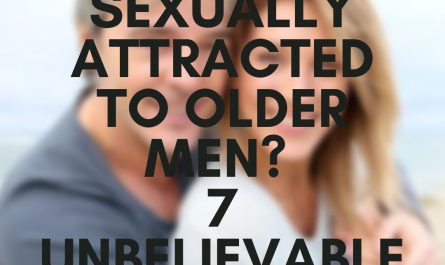 Why Am I Sexually Attracted To Older Men? 7 Unbelievable Reasons 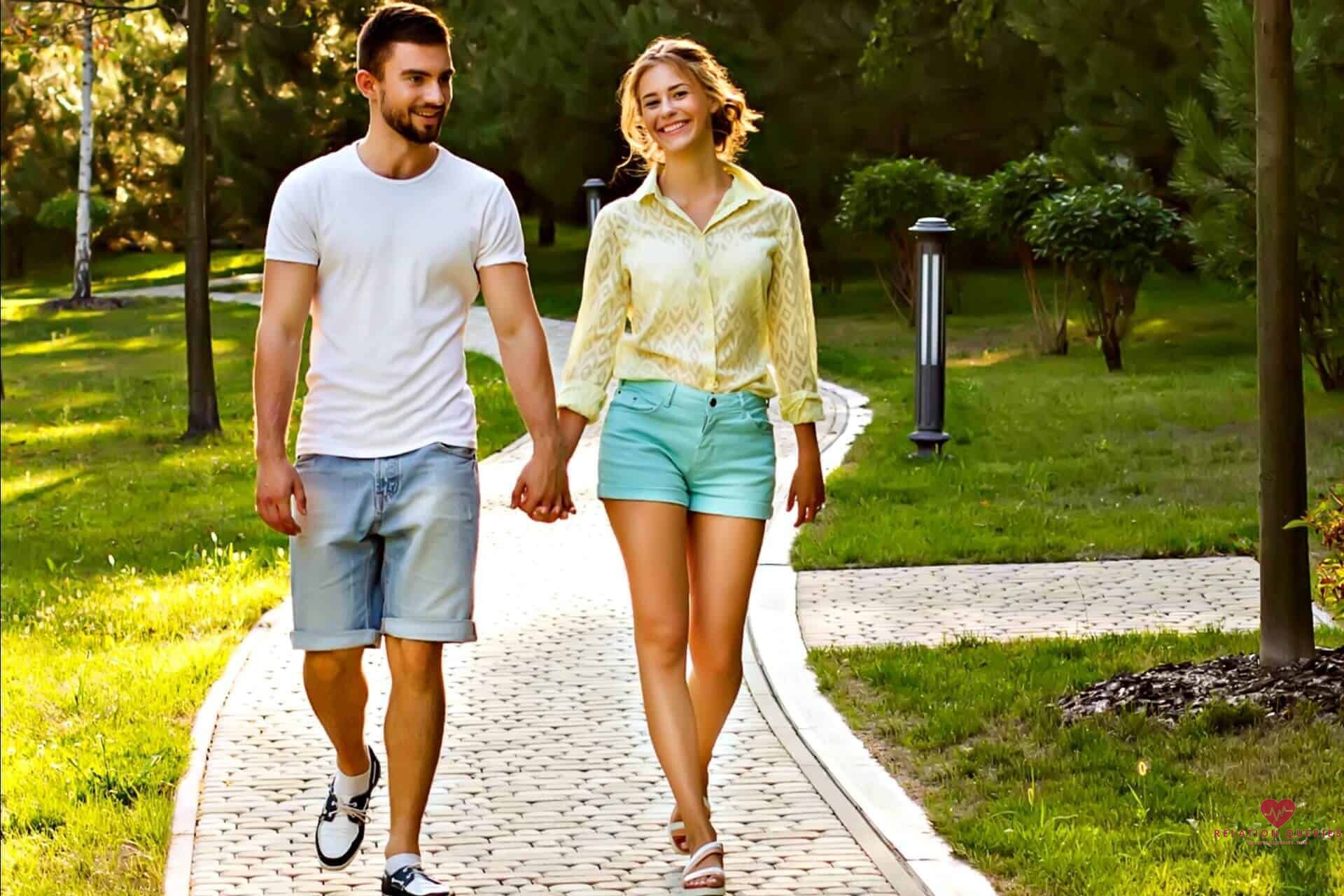 Nice VS Bad Guy: What Women Really Want? How To Impress A Girl?